Arusha National Park was undoubtedly different than Ngorongoro Crater. It was closer to Arusha, I didn’t have to prove I was born in Tanzania (as I had at the Ngorongoro rangers’ house), and this park’s residents were different.

Here, we saw a dik-dik making his way from the road to a safer place. 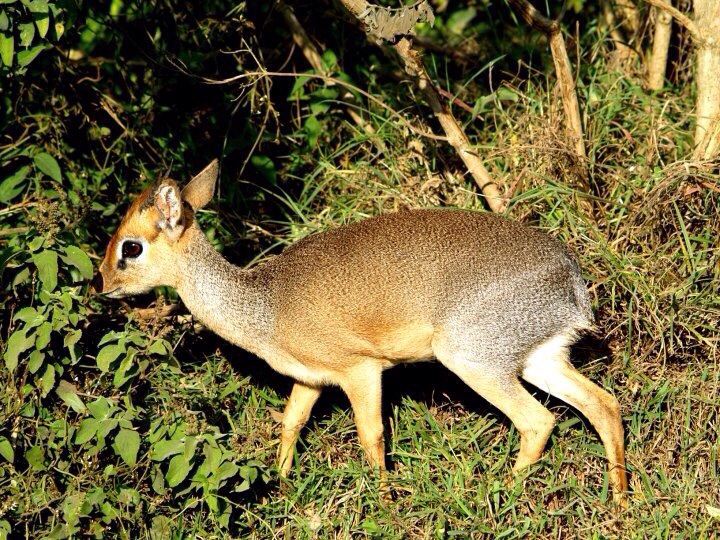 We saw a colobus monkey too, who purposely turned away from my photo-maniac self! 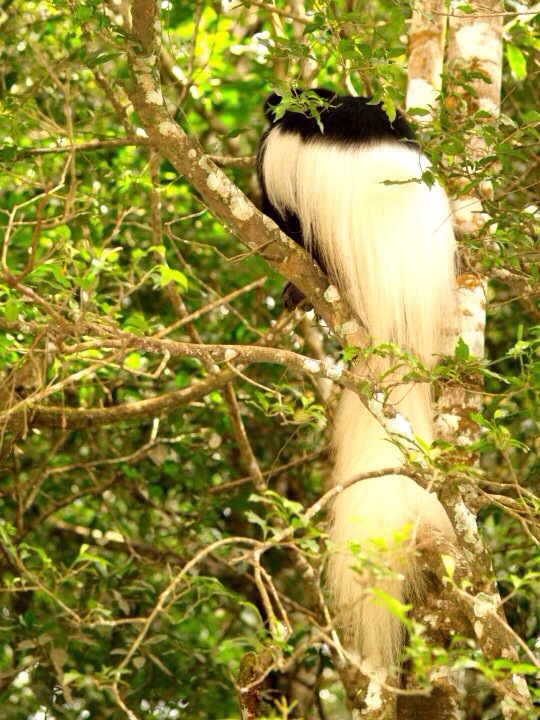 Then we drove by a body of water with flamingos in it! They were so pretty, and there were many of them! 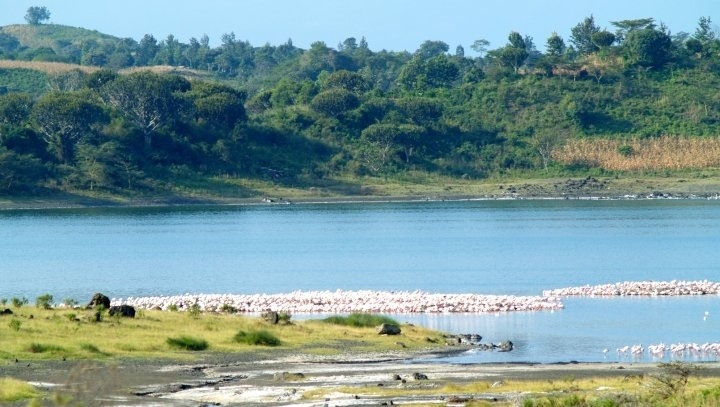 This giraffe was one of 11 or so, that were grazing in a huge field! Think two or three American football fields per giraffe. 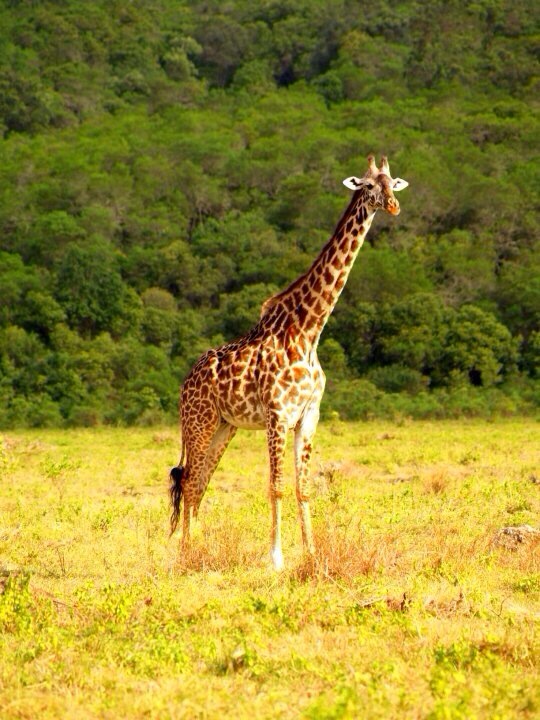 Close by, were waterbucks, bushbucks, and Pumba & family!!! I mean, warthogs! 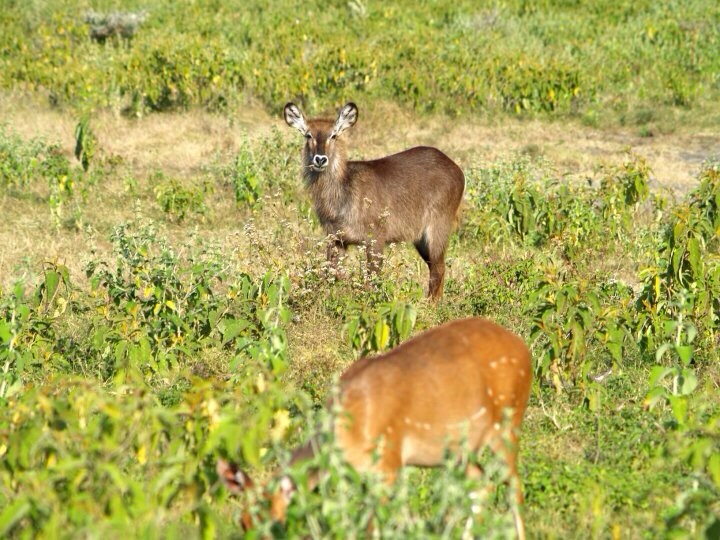 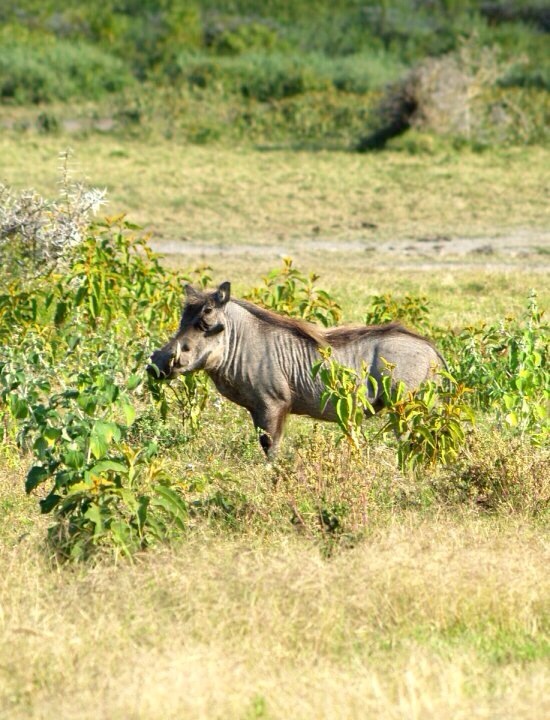 We saw this beautiful water buffalo, and I knew he was ’bout it ’bout it! If you know what I mean! …we had to go! 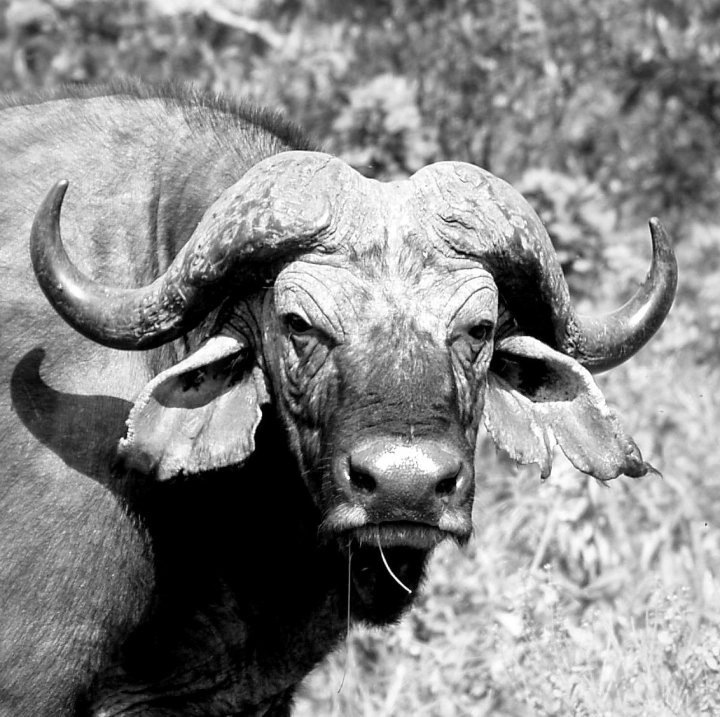 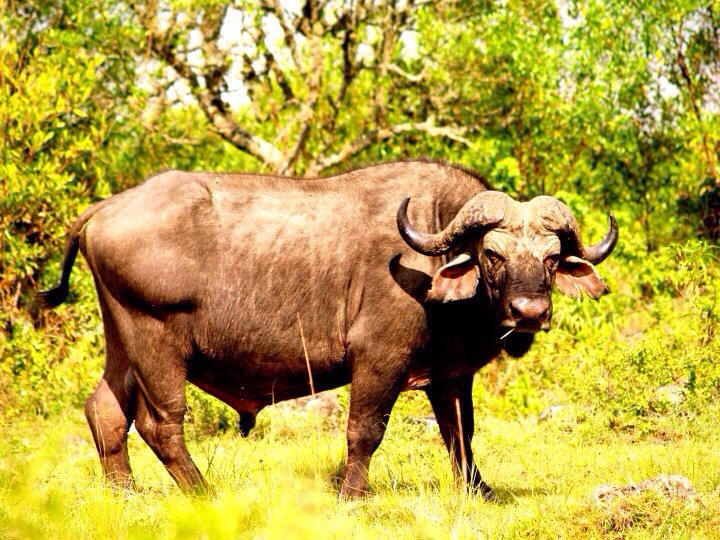 We decided to stay at Momella Lodge, which is where the film Hatari was filmed. It was nice, but the shower water was reaaally cold. The cold July temperatures didn’t make the cold shower that nice. All in all, the lodge was cool. We saw a cool beetle that morning, too. 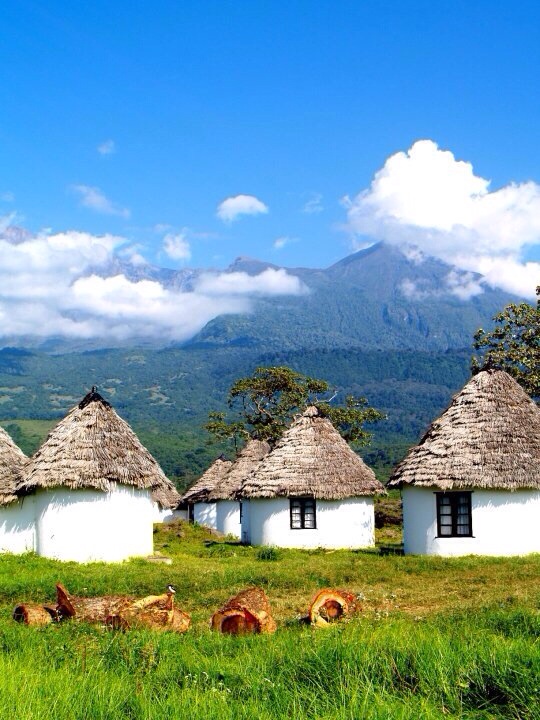 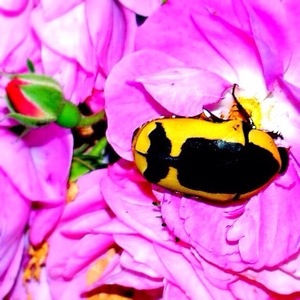 On the way back to Arusha town I saw this baobab tree. These trees command such…respect. I’ll show you the seeds they bear, that we love to eat. But that’s for another post! 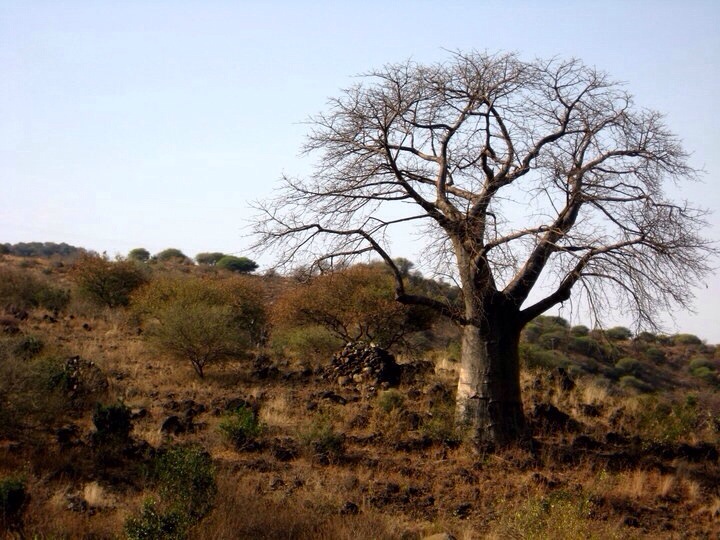 Thank you for journeying with me through one of my country’s beautiful national parks! We didn’t see any leopards, but this is one of the parks to go to, if you’d like to see one.

If you are interested in traveling to Tanzania, you may contact me for agency information. True Tanzania Safari is my top choice, then Tanzania Private Select Safaris, and Zara Tours. They are all great companies and trustworthy!